Study shows that eating more of these foods can improve your memory and safeguard your brain as you age. If you want to age well, start eating them immediately.

You have heard the importance of eating your fruits and vegetables more times than you can count.

Loaded with vitamins, minerals, and antioxidants, they are the key to preventing many chronic diseases.

Although we know they are good for us, they can still be a challenge for many people to eat.

If you need any other excuse to prioritize the colors on your plate, there’s a new study out for you.

According to a recent study published in Neurology, eating fruits and veggies can help stave off memory deficits as we age.

How? Researchers say it’s in the antioxidants.

Antioxidants are compounds that help to fight off damaging free radicals. These are molecules that cause inflammation in the body. They are associated with conditions such as cancer and heart disease.

Antioxidants are abundant in fruits and veggies.

Researchers say they can help to slow the rate of memory decline as we age by reducing inflammation.

Studies such as this are important due to the continuous rise of Alzheimer’s disease.

Want to Age Well? Bulletproof Your Brain With These 3 Simple Exercises

This Obscure Food Drastically Improves Memory, According to a New Study

The Study On Brain Foods

Participants were an average age of 81 and none were diagnosed with dementia at the start of the study.

Each year participants completed a questionnaire assessing their diet and lifestyle. They were also given annual cognitive tests.

Researchers assessed cognitive decline using a cognition score. It ranged from 0.5 (no impairment) to 0.2 (mild impairment) to -0.5 (Alzheimer’s dementia).

Participants who consumed the highest amounts of the antioxidant, flavonol, had a slower decline rate of 0.4 units per decade.

What Does This Mean?

This suggests that something as simple as eating more fruits and veggies can help to reduce the risk of cognitive impairments as we age.

Researchers used flavonol due to its high antioxidant and anti-inflammatory properties. They believe these properties are what helped to slow the rate of cognitive decline.

They also determined the fruits and veggies that contained the highest amounts of flavonols. These included apples, broccoli, kale, oranges, pears, spinach, and tomatoes.

Although these contain high amounts of flavonols, all fruits and vegetables have antioxidants. Thus, it’s encouraged to consume a variety of fruits and veggies in your diet.

Not that we needed one, but researchers have found yet another reason we should be eating more plants. The health of our brain depends on it.

A recent study found that consuming an antioxidant-rich diet can stave off cognitive impairment.

The study used flavonol-rich foods, but all fruits and veggies contain antioxidants.

So next time you’re making your plate, be sure to layer on those colorful product items. Your brain will thank you. 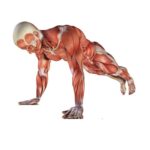 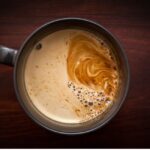 Next post People Are Replacing Their Morning Coffee With This. Here's Why!
4 Shares

The 9 Best Fruits To Eat and Avoid if You Have Diabetes, According to an RD