This Obscure Food Drastically Improves Memory, According to a New Study

Have you been forgetting where you put your glasses when they’re on your head? Missing your phone when it’s in your hand?

Finding yourself forgetting people’s names or why you went into another room? You’re not alone. Memory loss and cognitive decline are often considered normal signs of aging.

What if they don’t have to be? A new pilot study conducted in South Korea finds a surprising food to be a potential solution.

Sesame oil cake extract (SOCE) is a byproduct of roasting and pressing oil from sesame seeds. The sesame seed husks left behind are known as oil cakes.

These include reducing the risk of neurodegenerative diseases such as Alzheimer’s (1).

The Link Between SOCE and Memory

A recent pilot study conducted in 2021 has shown similar results in human trials. The study was created to help find alternative therapies for cognitive disorders, such as Alzheimer’s disease.

The 12-week randomized controlled pilot study showed those who consumed SOCE had improved memory compared to those in the placebo group. This study also found that those who consume SOCE had reduced amyloid-beta levels.

These are common biomarkers for Alzheimer’s disease. Further human trials are still needed to test the efficacy of supplemental SOCE for memory and cognitive benefits. Yet, the results of this pilot study show promise (2).

This research is still new and more human trials are needed to determine the efficacy of supplemental SOCE. Even though it’s not yet proven, consuming sesame oil, or sesame seeds, might be beneficial.

Add extra flavor to your dish with sesame oil or sprinkle sesame seeds on top of your next salad or casserole. Your brain may thank you later. 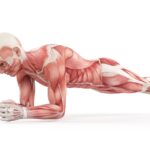 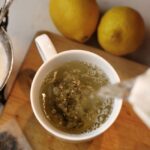