Alzheimer’s disease has always been thought to be characterized by amyloid plaques. These tangled clumps of proteins accumulate in the brains of Alzheimer’s patients.

This finding has been consistent for centuries. But there may be an overlooked mechanism behind the symptoms of this disease.

We know that the buildup of plaques is associated with Alzheimer’s disease. What we don’t know is how.

These plaques are either a symptom of the disease or the cause of damage to the brain.

Most Alzheimer’s treatment focuses on eliminating these plaques. Unfortunately, clinical trials have not been successful.

Scientists at Yale University discovered a possible reason. There is a presence of axon swelling near the built-up plaques in the brain.

They also discovered the presence of a possible biomarker for early detection and targeted therapy.

What The Study Found

The study found small, sphere-shaped swollen areas. These formed near amyloid plaques along the axons in the brain of Alzheimer’s patients.

Axons are cable-like projections coming off the neurons in your brain. These are what send signals to other neurons.

The swelling and its relationship to Alzheimer’s disease have not been studied before.

Yale researchers believe this swelling can reduce communication along the axons. The more the swelling the bigger the disruption. This is what they believe might cause neurological degeneration in Alzheimer’s disease.

So, what causes the swelling?

These are small waste-disposal structures present in cells. Dementia patients have higher levels of PLD3.

This causes these structures to clump together. The result is swelling of the axon.

Researchers used gene therapy to remove the protein PLD3 in studies with mice. The results showed a decrease in swelling.

This helped to improve the function of the neurons in the brain.

This testing suggests PLD3 may be a potential biomarker for early diagnosis. It might also have the potential for more targeted treatment options.

Alzheimer’s disease is complex. It is often characterized by the presence of amyloid plaques in the brain.

Although research shows these plaques are associated with the disease, treatment remains unsuccessful.

This study has found new insight into treatment and early detection of the disease. Exploring swollen areas along the axons of the brain near these amyloid plaques may provide more answers.

These, along with the presence of the protein PLD3, suggest a new potential pathway for treatment.

Although these findings are groundbreaking, human trials are still needed. 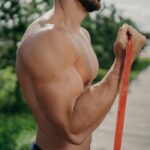 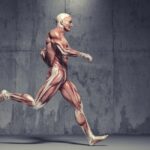