As you age, many people face the risk of developing Alzheimer’s disease, but some are at a higher risk than others because of this one daily habit.

Alzheimer’s disease is a brain disorder that causes the brain to shrink (atrophy) and brain cells to die. This puts many at risk of memory loss and reduced brain functions that can cause real havoc in their old age.

Nobody enjoys sitting in traffic. It’s a small price to pay to live in the city. But did you know, city life may be putting you at risk for more than mild irritation during rush hour?

We know that certain lifestyle factors can increase your risk of dementia. Heart disease and a sedentary lifestyle are two examples.

Now there is reason to suggest our environment could play a potential role as well.

According to a new study, traffic noise can increase your risk of Alzheimer’s dementia.

Newer studies have linked air pollution to increased dementia risk. Other research has linked noise pollution from urban areas to obesity and diabetes.

Danish researchers decided to create this study to see if there’s a link between noise pollution and dementia risk.

Two million participants aged 60 years and older were studied between 2004 and 2017. They studied them for an average of eight and a half years.

The participant’s dementia outcomes were then compared to their exposure to traffic noise. They did this based on their home addresses.

Researchers wanted to be as accurate as possible. They estimated traffic noise pollution levels for every residence. They did this by looking at the most and least exposed sides of their homes.

The results found 103,500 new dementia cases during this study.

Once they adjusted for lifestyle choices, they found an observational connection. They saw that exposure to traffic noise for an average of 10 years increased dementia risk.

Exposure to car noises over 55 dB had a 27% greater risk.

Exposure to railroad noise at 50 dB and above had a 24% greater risk. Car noise exposure was the only noise pollution linked to vascular dementia.

Researchers estimated traffic noise may have contributed to 1,216 of 8,475 total dementia cases in 2017.

More studies are still needed. For now, researchers believe the cause is likely due to many factors. High levels of stress, impaired sleep, weakened immune system, and increased inflammation can all impact risk.

Although this study is promising, the results are observational. There has not been a direct relationship between Alzheimer’s dementia and noise pollution established.

If future studies can confirm this relationship, it will have a large effect on the estimated burden of this disease. It will also affect the estimated healthcare costs associated with transportation noise.

This information is essential in helping to create effective policies focused on the prevention and control of this and other diseases. 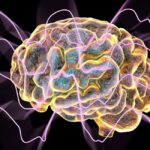 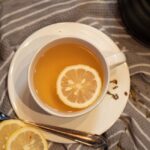 Next post People Who Are Losing Weight Successfully Are Drinking These 3 Teas, Say Experts
1 Shares