The Surprising Link Between Height and Risk of Dementia

How tall you are when you are young could potentially signal how much of dementia risk you face later in your life.

Height doesn’t often seem to be a predictor of health concerns. But, according to a new study, it might predetermine your dementia risk.

According to a study published in eLife, taller men are less at risk for developing dementia.

Researchers found a 10% reduction in dementia risk in men for every 6 centimeters over 5 foot 5 inches.

This study followed many others that explored a similar connection. Previous studies, however, did not take into account genetics, environmental, or other factors.

Doing This One Simple Exercise Every Day May Prevent Dementia, Study Shows

The Surprising Link Between Your Calf Muscles and Dementia

Researchers included intelligence and education in this study. These did not become a factor in the findings. Yet, the link between height and dementia became clearer.

This link was clear when looking at brothers of differing heights. There were similar results with twins as well.

Researchers found that taller men in early adulthood had a lower dementia risk later in life. This persists even when adjusting for education and intelligence.

According to the study, these findings support a relationship between height and dementia. This relationship can’t be explained by shared genetics. Neither can exposures to other factors shared by siblings.

Although more research is still needed, this study has helped pave the way for future studies of its kind. It has further cemented the link between dementia risk and height in young men.

Researchers feel the key lies within early childhood. Unfortunately, we won’t have any more answers until further studies are conducted. 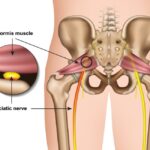 Previous post Suffering From Sciatica? These Are the 5 Best Exercises for Immediate Pain Relief