Eating This Fruit Can Ward off Dementia and Extend Your Life by Five Years, Study Finds

Eating this fruit regularly can reduce your chances of developing dementia later in life, a new study has found.

Dementia is not a specific disease but is rather a general term for the impaired ability to remember, think, or make decisions that interfere with everyday activities.

This fruit can also lessen the risk of developing fatty liver disease, the study stated.

We are told throughout our entire life that we need to be eating our fruits and vegetables.

We know they are healthy.

But what if I told you eating grapes could add up to 5 years to your lifespan?

Or that they can reduce your chances of developing dementia later in life?

Sounds more like a magical potion than fruit, doesn’t it?

So where did this come from?

A series of studies published in the journal Foods discovered this finding. Among the large substantial list of health benefits from consuming fruit.

Researchers from these studies believe that consuming grapes, and other fruits, are helpful to those who eat a western diet.

For those who don’t know, the western diet is often high in fat and sodium while being low in fruits and vegetables. It is sometimes referred to as the “American diet.”

Grapes are rich in antioxidants. These are powerful compounds that help to protect against free radicals in the body. Some free radicals include inflammation and cigarette smoke

Antioxidants can boost health and reduce disease in those who consume them often.

These studies believe they have found a connection between the antioxidants in grapes and the risk of dementia.

Several previous studies have made a connection between inflammation in the brain and dementia risk.

The first way to reduce inflammation is to choose a diet rich in antioxidants, such as those found in grapes.

That’s not all. Another study from Western New England University found that eating grapes can reduce your chances of developing fatty liver disease. It may also add up to 5 years to your life expectancy.

Fatty liver is another condition that is most often associated with poor dietary habits.

These studies were conducted using mice that were fed high-fat diets. Half of the mice were given grape supplements. The results showed a change in gene expression in the mice fed the supplement.

These studies are bringing us one step closer to fighting off various diseases. But, eating grapes alone will not likely provide all these benefits for everyone. Neither will antioxidant supplements.

You are far more likely to boost your antioxidant intake and improve your health and lifespan by choosing a wide variety of fruits and vegetables daily.

However, if researchers can find a way to change the level of antioxidant gene expression in humans like they did with the mice with grapes, they can make a big difference in the health of millions. 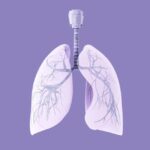 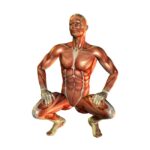 Next post I Tried Doing Deep Squats Every Day for a Month, and The Results Were Amazing
3 Shares