The Scary Link Between Brushing Your Teeth And Alzheimer’s Disease

In 2022, It’s estimated that a shocking 6.5 million Americans over the age of 65 are living with Alzheimer’s dementia. This is considered one of the most common forms of dementia. It is typically associated with the aging population. Although it’s not inevitable [1].

Experts believe many risk factors are linked to an Alzheimer’s dementia diagnosis. New research has identified the possibility of oral health to be one of them. This has caused experts to re-evaluate other potential considerations for this disease.

What is Alzheimer’s Dementia?

Alzheimer’s dementia is different from Alzheimer’s disease. Dementia is a group of symptoms that affect the brain. These effects can impact memory, language, problem-solving, and thinking skills.

Although a healthy lifestyle cannot prevent Alzheimer’s dementia, it can help decrease the risk of early development. It may also help to reduce the severity of the disease [1].

How Does Dental Hygiene Play a Role in Risk?

According to a new study, an imbalance of oral bacteria might increase the risk of developing cognitive decline later in life. Certain subgingival periodontal bacteria are believed to be the cause.

High amounts of these bacteria are connected to an increase in the buildup of amyloid proteins. These proteins are associated with Alzheimer’s disease when found in the cerebral spinal fluid (CSF) of the brain [2].

Just like our digestive tract, our mouth contains colonies of microbes. These are known as the oral microbiome. Having a balanced microbiome helps to protect us from disease and decay.

In this study, those with high levels of amyloid deposits in their brain were more likely to have an oral microbial imbalance [2].

Another study has suggested tooth loss to be a risk factor for developing dementia. In this study, researchers found that those who were missing teeth had a 28% higher chance of developing cognitive decline.

Oral hygiene is important for more than just our brain health. There are many known links between oral health and overall health, including quality of life. Further research on the impacts of dental hygiene on cognitive health and dementia risk is still needed. But, it never hurts to practice good oral hygiene.

What You Can Do to Reduce Your Risk

To reduce your risk of oral microbial imbalance and tooth loss, practice good oral hygiene. Be sure to visit your dentist at least twice a year for a cleaning and a checkup. This can help to catch any potential oral concerns.

Aside from brushing, flossing, and regular dentist visits, what you eat impacts the health of your teeth. Choose a diet that is low in processed foods and sugary treats. Instead, choose more of a plant-based diet. Avoid smoking cigarettes and limit alcohol intake.

Lastly, if you suffer from diabetes, be sure to manage your blood sugars and take your medications as prescribed.

Any way you slice it, our oral health is important. Now we know it may also be important when it comes to our brain. Practicing good oral hygiene may help to prevent Alzheimer’s associated dementia. If you haven’t found yourself at your local dentist’s office for a checkup in a while, it’s time to get scheduling. 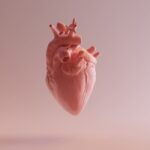 Previous post If You Can Do This in Less Than a Minute, Your Heart Is in Good Shape 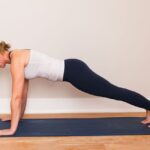