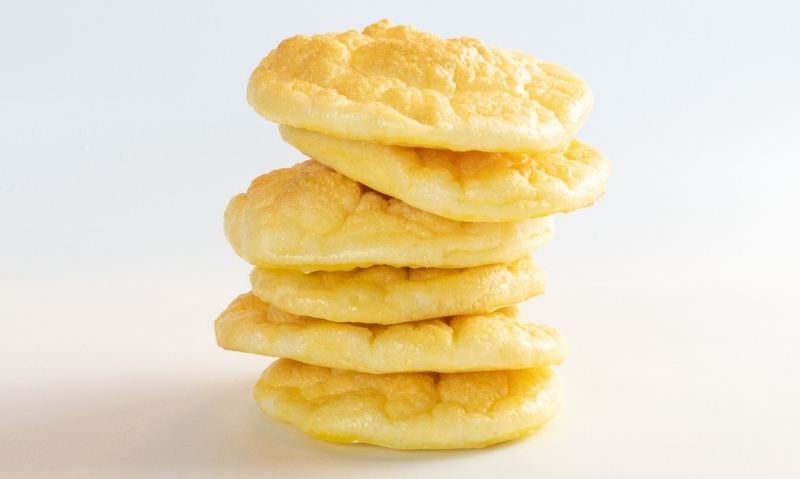 If you love eating carbs like me, one of the challenges of a low-carb keto diet is to give up on bread.

Almost all regular bread are high in carbs, even some almond flour gluten-free bread and low-carb varieties are still too high in carbs to be keto-friendly.

The truth is, lettuce and cheese wraps can sub hamburger buns and sandwich bread to cut carbs.

But they don’t quite replace the good old taste and texture of warm regular bread.

The chewiness and softness of the bread are irreplaceable. That, you can’t quite get from skinny lettuce wraps.

But thankfully, there is a bread called cloud bread also known as oopsie bread.

And it even reminisces elements of real bread. What’s more, it’s also a grain-free bread, void of gluten and any grains.

It has a fluffier, lighter, and airy texture than some other loaves of keto bread especially ones made with coconut flour.

The first time I made it, the lightness reminded me of cream puffs’ Choux.

If you are not into a denser, heavier loaf, this is the best low-carb bread you can have on a ketogenic diet.

Lucky for us, this keto bread recipe only takes 3 ingredients to make.

And there is no yeast and the rising process that comes with it.

You also don’t need a bread machine to knead your dough.

Instead, making this keto cloud bread recipe resembles something of soufflé.

The lightness comes from meringue, and baking powder does the job of rising the batter.

It’s a perfect low-carb bread for keto but also for paleo, gluten-free, and other low-carb diets.

Thanks to the 0 gram of net carbs per piece, it keeps you from spiking blood sugar and is safer for diabetic patients.

Best of all, it’ll help cure your bread craving on keto. It is a true lifesaver for carbs and bread lovers like me.

Enjoy this with peanut butter, cottage cheese, cinnamon, and even as buns for your breakfast sandwiches.

Though the steps to making these keto cloud bread are pretty straightforward, be sure to read each step.

It’s one recipe that doesn’t give whole a lot of wiggle room for changes and errors.

It’s simple to make if you diligently follow the steps.

The first time is the hardest, but the second time would be easier.

And before you know it, you can master this no-carb cloud bread recipe! At that point, you can double your batch to make more.

I usually make double batches so I can have them for my snack with some almond butter and coconut chips.

So let’s get started.

If you’ve been itching to try keto oopsie bread for a while but weren’t sure which recipe to go with, go with this one.

It’s the best low-carb bread recipe you can make at home.

It’s a zero-carb bread with only 25 calories per piece.

But the best part is that it’s quite irresistible.

It has a light, airy, and fluffy texture with a hint of egg flavor.

The first batch is the hardest to make but once you master this no-carb cloud bread recipe, you can season it with different flavors next time around to spice things up.

There is no preservative in them, so if you are saving for later, be sure to store them in an airtight container in the refrigerator for up to 2-3 days.

Let’s start with the things you need:

If you are adding seeds, sprinkle them on top before baking them in the oven.

This carb-free bread is one of the best keto bread I’ve made.

It’s a perfect gluten-free option for those with gluten sensitivities and a low-carb option for anyone on a low-carb weight loss plan like the Atkins diet.

It has a little eggy taste, but if you like eggs, the flavor shouldn’t be too overwhelming.

If you have tried a cloud bread recipe with cream cheese and vinegar, I think this version of the cloud bread has a far subtle eggy taste.

Take two pieces and use them as low-carb sandwich bread for breakfast sandwiches and burgers, and even as hot dog buns.

Depending on your use, you can make them in a long oval shape or even as large as tortilla size.

One thing I’ve been wanting to try for a long time is to somehow bake this with mozzarella cheese.

Adding cheese like mozzarella can add some healthy fat to this keto bread and makes a perfect crust for keto snack pizza with basil and tomatoes on top.

But I know that can change the texture and weight of the cloud bread. If anyone has tried adding cheese to cloud bread, let me know how that turned out for you!

Check out my other easy keto recipes that use this low-carb cloud bread recipe! 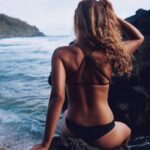 Previous post How to Lose 10 Pounds in a Week: 10 Simple Steps 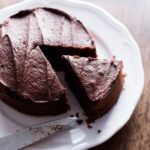 Hi, I'm Tina, a mom, and wife who loves to write about nutrition and dieting. When I'm not writing, I also enjoy baking healthy pastries with my 11-year-old daughter.

Low-carb Keto Chili With No Beans

How To Lose 50 Pounds as Quickly as Possible: 5 Simple Steps, Backed by Science